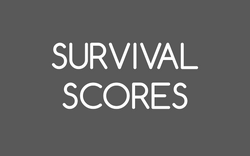 The Survival Scores are a numerical assessment of the performances of individual castaways. The score takes into account their achievements in challenges, success at Tribal Council, and votes from the Jury as a member of the Final Two or Three for select castaways. Our process to determine Survival Scores follows that of True Dork Times.

Retrieved from "https://suitmansurvivor.fandom.com/wiki/Survival_Scores?oldid=34937"
Community content is available under CC-BY-SA unless otherwise noted.