It ended with James S. defeating Ryan C. and Eric E. at the Final Tribal Council in a 4-3-2 vote. At the Reunion, Ryan won Player of the Season (an award which became defunct as of the following season), while Mikey won Fan Favorite.

This season features ten castaways from Bingo's Survivor Series, and ten castaways from Suitman's Survivor Series, battling it out in a collaborative season. The castaways chosen are those who came close to the end, but fell just short. They have all made the finale episode of a season, but not a Final Tribal Council in either series. The tribes this season are named after the respective hosts. They are Bingo's Battalion, wearing yellow, and Suitman's Soldiers, in purple. The tribe insignias are the avatars of Bingo21 and SuitMan13. On Day 9, they merged into Bae Yon Cae, wearing orange.

The cast was hand-picked by the two competing hosts, with Bingo picking for his Battalion, and Suitman selecting for his Soldiers. While all the Suitman picks were past Second Generation players, the Bingo picks varied with returnees and newbies, as they were all selected based on his series. The full cast of 20 and the tribal designations were revealed following the Survivor: Jan Mayen reunion on November 5, 2014.

This collaboration season was originally intended on being with Chris D. aka Gaiaphagee and set in the country of Niue. However, the location was changed to the Falklands and, due to clashing commitments, the collaboration host was changed. The chosen collaborator, bingo21, would later play Suitman's Survivor himself as Jarrod B. in Survivor: Japan. 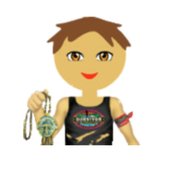 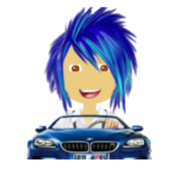