Survivor: Jordan is the fifth season of the second generation Suitman's Survivor Series, which began on May 26, 2013, and ended with a live reunion on June 7, 2013.

It ended with Will C. defeating Avery F. at the Final Tribal Council in a unanimous 7-0 Jury vote. At the Reunion, Will won Player of the Season, while Joe won Fan Favorite and Game won the Bentertainment Award.

This season featured sixteen castaways, fourteen new and two returning. The returning castaways were Porsche F. from Survivor: Saint Lucia and John P. from Survivor: Great Britain. The tribes for this season were named after cities in Jordan. The tribes were Karameh, wearing red, and Madaba, in dark green. The insignia of Karameh is a wolf, while the insignia of Madaba is a lion. On Day 6, the two tribes merged into the Amman tribe, wearing black.

34 people applied, 20 were cut from the casting, and 14 went on to become the castaways competing in the game along with the returnees. The full cast of sixteen was revealed on April 8, 2013 and the tribal designations were revealed on April 15, 2013.

^1 As Alex was last picked in the tribe switch, he went to Exile Island for a day, before re-joining the game on the Madaba tribe, who had just voted someone out.
^2 Gerard played a Hidden Immunity Idol on Joe, therefore two votes against Joe were not counted. Joe then played a idol on himself on Day 9, causing five more votes against him to be voided.

^1 As neither tribe was able to complete the challenge on Day 5, both tribes were sent to Tribal Council to vote someone out. No one was sent to Exile Island either.
^2 Gerard played a Hidden Immunity Idol on Joe, therefore two votes against Joe were not counted.
^3 Joe played a Hidden Immunity Idol, therefore five votes against him were not counted. 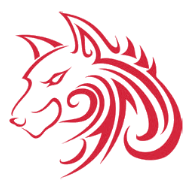 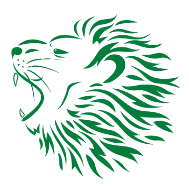