Survivor: Moral vs. Merciless is the fifteenth season of the second generation Suitman's Survivor Series, which began on June 21, 2014 and ended with a live reunion on July 7, 2014.

It ended with Wyatt A. defeating Neil N. and Kiko R. at the Final Tribal Council in a 4-3-2 Jury vote. At the Reunion, Wyatt won Player of the Season, while Jamie won Fan Favorite.

This season features the return of twenty former "All-Star" castaways, ten of which are known for their loyalty, truthfulness, integrity and morality, and ten of which are known for being ruthless, cunning, manipulative and merciless. The tribes this season are named after these two themed groups. The Moral tribe wears pastel blue, and the Merciless tribe wears pastel red. The tribe insignias are tribal markings of an angel (Moral) and a devil (Merciless). On Day 10, the tribes merged into Harmonie, wearing pastel black.

As with Survivor: All-Stars and the previous season, Survivor: Occultus Island, the cast was hand-picked by the host without applications taking place. The returning players were picked solely based upon how well they played in their previous season(s). They are all classed as "All-Stars". The cast is then divided upon their individual reputation as either a Moral or Merciless castaway. The full cast of 20 and the tribal designations were revealed live on April 26, 2014.

Moral vs. Merciless of course takes it's theme from the popular Heroes vs. Villains format, but was re-named in order to avoid confusion with the Gen One season of the same name. This season was originally set to be the eighteenth season, with Survivor: Second Chances taking this spot. However the seasons were swapped so more newbie seasons could increase the number of pre-merge candidates for the Second Chance theme.

^1 Chris was voted out in a 6-1 tie-breaker vote between himself and Davey. In the initial vote, Chris and Davey received five votes each.
^2 David played a Hidden Immunity Idol on Nick, therefore five votes against Nick were not counted.
^3 Tony played a Hidden Immunity Idol on Wyatt, therefore three votes against Wyatt were not counted. 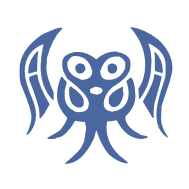 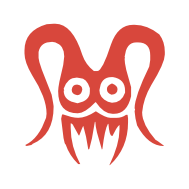